Most of us realize that because of their money, power and influence the corporation has taken over Washington politics by buying off pretty much all of the people we have sent there to be OUR spokesmen. We know on a basic level that the whole idea of this country being a constitutional republic is now a sham.  We know that the new United Corporate State Of America has replaced any semblance of a nation once touted as a country ‘of the people and by the people’.

Today in this country we people are enslaved to the monied interest as deeply as the young black working a plantation in 1816 was enslaved to his master. The difference is that we weren’t shanghaied into it like he was, we have been captured by our own greedy and corruptible natures.

Today, our massa teaches us the naturalist is a wacko and the wealthy people like the Koch brothers, are demi gods and we buy his bullshit. We honor them and their money so much that many go to bed at night praying to be just like them. In doing so we are just as sick as the asshole politician who sits in his hallowed office postulating upon the state of the union according to corporate doctrine.

Today, when we choose to fight the corporation we meet them on a battlefield of THEIR choosing. We attempt to fight money with money and that won’t work because we will always have less of it then they will. Add the fact that they pretty much own the media we choose to fight through into the equation, and you can see why it is so difficult to defeat them.

We cannot meet them head on, they are too powerful, too wealthy, too connected . . . we may as well be pissing into the wind.  If we want to defeat this enemy we must use gorilla warfare techniques on them.

Following is a short conversation in my comment section I had with another blogger from Australia: http://discoveringreallife.com/

me . . . “our great problem here in the States is that from day 1 we have been taught the ways of subduing and conquering the earth . . . now we realize we should be caretakers . . . but the question is “How can we, as a unit, make the change?” in numbers large enough to break the bondage we are in?

She . . . “It’s not just the States – Australia’s no different. We really look up to your great nation and so we’re busy conquering earth too. That’s the right thing to do, that’s progress! Change needs to occur from the bottom up. Someone told me the other day that the critical mass for change was 10% of the population, so in my town of approx. 200,000 residents, I need to help awaken 20,000 people. A little daunting (quite a lot of zeros still!) but hopefully not impossible. Those 20,000 will be the tipping point for the remaining 90%. Now my town isn’t quite 10% of our state, but our state is more than 10% of Australia… Anyway – you get the picture!”

So are there 10% of the residents in our city, town or village that believe as we do? I’d say yes, and maybe even HELL YES! . . . we have many more than that.

When I was a kid in the projects there was always a bully. Everybody knew who he was and everybody respected him though he rarely deserved it. He would push and brow beat the other kids when he felt like it, but most of the time he would pick on kids he knew he could easily lick.

He didn’t want to lose any fights because he knew that if he lost just one battle, the facade of invincibility he had created around himself would be broken, and that would mean he also lost his power over the rest of us kids.

The analogy is that corporations like Monsanto are acting like a bully. We are weaker than them and we must be smart when fighting them. They have a hard punch, given the opening they are quite capable of breaking our ribs and bending our nose.

We must learn to fight them on OUR turf, using OUR weapons, OUR strategies. The moral of the story is that although we can never completely defeat them, we CAN bloody them up and force them into dropping their over the top arrogance and begin to listen to us and our concerns.

How can we defeat the bully? Study the American effort to shut down the Ho Chi Minh trail during the Vietnam War and you will find that the largest and best equipped military in the world dropped 3 million tons of bombs on that jungle trail and yet, they could not stop those little brown people from resupplying their soldiers in the South. This is a great study on human resolve and determination. We could learn a lot from those people.

The corporation fears one thing more than any other. They fear the stockholders and lack of profit. Why are they so afraid of this small community in Oregon that they are bringing all guns to bear on them? We need to find out, magnify their fears ten fold and never, never, never, give up and quit.

Agribusinesses give $380,000 to beat anti-GMO vote 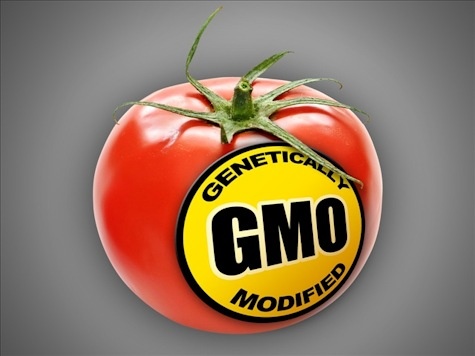 They bring to $445,470 the amount that Good Neighbor Farmers political action committee has amassed to defeat the measures on the May ballot in Josephine and Jackson counties.

Organic farmers put the measures on the county ballots because they are afraid that wind-blown pollen from Syngenta plots will contaminate their crops.

We need to find out and we need to pursue this path as it may be an opening large enough to unite our 10% into action. If we can defeat them and their money at the polls and stick to it and never quit we have a chance to knock them back to where they should be.

Our goal is not to destroy the corporation it is bring it into order and understand that this planet can no longer take it’s profit mongering ways.

There are only two kinds of corporations on this planet.

Those who put profit above people and the planet.

Those who put people and planet above the profit.

We declare this day, open and everlasting warfare against the former and will work for peaceful coexistence with the latter.

Consider corporations like Apple Computer when It was run by Steve Jobs and what happened when the big boys moved in and pushed him out. Steve Jobs was the innovator, he was the motivational force that created the greatest computer on the planet.

It’s guys like him that we need to run these corporations. . . . the artist, the maker of beauty, the gifted ones who can take care of the people and the planet and still make a profit. These kinds of corporations are the ones who hire us and help us along our financial path. We need them.

What we don’t need are the low vibrational hacks that think only of their profit margin. We need to bring balance to the corporate world by choosing the one over the other. We don’t buy an enemies product. We don’t shop at the enemies establishment . . . They go down and the world ultimately becomes a better place for us all.

Right now we are bound to them because they have us believing the old tune, “what’s good for General Bullmoose is good for the USA.” . . . it isn’t.